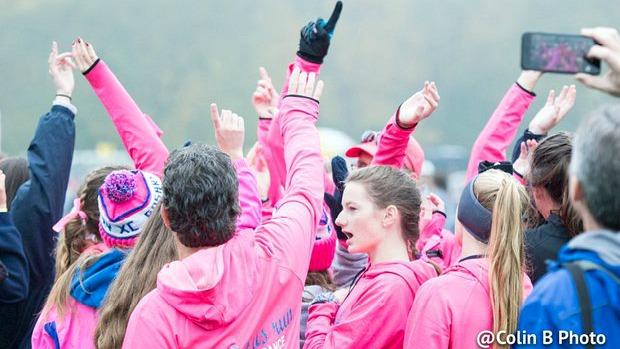 I can recall the first practice of my junior year cross country season. It was a very hot day in August 1985 at a place called Deming Park in Terre Haute, Indiana. I was very excited about the prospect of being with my teammates and having another banner season. But one thing was all wrong in the transaction… I was late! My mother dropped me off several minutes late and my teammates had already left to do their warm-up.  Head coach Gary Gottardi said to my mom: “Tony has to run back home… he’s late.” Late? That’s right it was my responsibility to be on time and I wasn’t. Coach Gottardi turned his back and walked away. My mother got into the car and drove off. I had to log the 7 miles back home in 90-degree weather with little shade and no water stops.

Now 30+ years later I am still in the sport on the grassroots level and being late particularly on the first day of practice is not tolerated. Just like my high school coach, I have been known to send late kids home as an unexcused absence. I think time management is very important to a program for several reasons.

Reason #1: set the tone for the season. Being on time says to the program that everyone is serious about the goals and hopefully, outcomes for the team can be fulfilled.

Reason #2: virtually every team has newcomers and/or young runners, so it is extremely important to set an example from the first moment you step on campus. You want to make sure your lead is looked upon as a positive one and let everyone know that we are all here for business.

Here are several do’s and don’ts that I recommend for your program during the opening period:

Do: If you are a team captain remember that you are an extension of the coaching staff. In some instances, the coaches may be off assisting with a different group of kids, and the situation may put you in “charge” of the unit. If so, act responsibly as your coach would expect of you.

Don’t: Show off for the first practice. There is nothing worse than a teammate trying to push a warm-up in 4:50 mile pace when it is supposed to be 7:15. Of course, It is normal to be excited on the first day of practice with renewed vigor and spirit, and especially if your team is co-ed, guys and girls like to be noticed. I’ve seen guys run faster than normal during warm-ups, the team runs, or workouts to impress the girls. It’s similar to football players practicing more vigorously when the cheerleaders are watching. But the goal is to relax and enjoy the process. Being a showboat can create animosity in the locker room and threaten team cohesion.

Do: Choose your words and actions correctly and accordingly when offering constructive criticism to teammates. When I was in high school, I would pull slacking teammates aside to offer personal advice in an attempt that it would improve their work habits. Team meetings are a perfect environment to express personal issues as a whole and/or collective disagreements.

Don’t: Be a bad teammate. Selfishness is like cancer in the cross country world and the worse thing a teammate can do is present it on the first day. For example, I’ve seen kids put their personal agendas ahead of the team as if working hard was an option. ‘I didn’t want to lead the last two intervals because it was too hot,’ is something I’ve heard a time or two and it should never sit well within the team structure.

Do: Be sure on the eve of the first practice to eat a nice meal, hydrate, and get plenty of rest. The primary reason being is the initial first meeting is usually very early in the morning. The last thing a coach wants to see is YOU falling out in practice, and later sitting on the sideline with the trainer and team manager.

Don’t: Please do not forget your training shoes, spikes (just in case), water/sports drink, change of clothes, medical information (if required), and good attitude. There is nothing worse than leaving one or all of these at home and your coaches having to dismiss you.

Good luck and well being for the 2019 cross country season!

If you want to read about determination and focus: Read this inspiring article !