As Cross Country nears, how about some motivational thoughts……

Before you read these very significant quotes, it is important to remember one thing. At one time these people were exactly the same as you – young high school students, entering a sport with no knowledge or experience. Each became a champion in one manner or another. Think about that and latch on to one of these thoughts.

“I run because it’s my passion, and not just a sport. Every time I walk out the door, I know why I’m going where I’m going and I’m already focused on that special place where I find my peace and solitude. Running, to me, is more than just a physical exercise…it’s a consistent reward for victory!”   – Sasha Azevedo, Runner Athlete

“In the ’70’s, I was a school teacher and trained at 5AM and 5PM. During wintertime, I never saw the sun.”  – Tom Fleming (One of the all time great American distance runners. Won the New York Marathon twice, took second at Boston two times.Began his running career as a junior at Bloomfield High School and went on to become an All-American at William Paterson College, now William Paterson University. )

“Nothing splendid has ever been achieved except by those who dared believe that something inside them was superior to circumstance.” – Bruce Barton

“The man who can drive himself further once the effort gets painful is the man who will win.” – Sir Roger Bannister (First man to go under 4 minutes for the mile)

“Top results are reached only through pain. But eventually you like this pain. You’ll find the more difficulties you have on the way, the more you will enjoy your success.” – Juha Väätäinen (Former distance great / Olympian)

“The greatest stimulator of my running career was fear.” – Herb Elliott  (Olympic Champion and considered one of the all-time distance greats.)

“Be creative and try to write a story and tell the story with your running. You all have stories and you all have goals that you set for yourself. Just be creative and innovative and love what you do. If you have passion for what you are doing, then it is easy. If you’re doing something because someone is expecting it or telling you to do it, then maybe it’s not as easy.” –  Joan Benoit Samuelson won the first women’s Olympic marathon in 1984 and came into the Olympics as the world record holder for the event. BUT  what makes this win even more amazing is that she suffered a knee injury and had surgery 17 days before the Olympic Trials.

“When you have the enthusiasm and the passion, you end up figuring how to excel.”  – Deena Kaster  (Olympic medalist 2004 in marathon and American record holder)

“Motivation is what gets you started. Habit is what keeps you going.” – Jim Ryun (Olympic medalist / world record holder / He was the first high school athlete to run a mile in under four minutes.)

“Cross Country is a team sport of individuals. The total score is what is important. The #5 man is just as important as the #1 man. Each man competes against his self and that way he helps the team.” – Steve Prefontaine  (1972 Olympian / Held the American record in seven different distance track events from the 2k to 10k. When at Marshfield High School, he was considered only an average runner his freshman and sophomore year in cross country and track.) 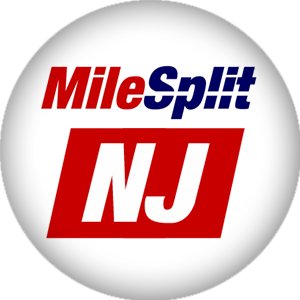