High School XC: It is a huge fraternity and you are NOT alone

by Corey Sloan
When I got to the line of my first race, the man who was going to fire the gun gave a little speech first. He said one thing I will never forget: “Welcome to the hardest sport in high school.” It made me feel better knowing I trained hard, and that all the training was for a good reason. Now that I’m a senior, and the team captain, I often tell that little story to the new runners on the team. It really makes them feel good about being out there everyday, even though it gets tough, as all of you know. So keep running.

by Rick Hoover
It was my senior year year in high school. I had joined the XC team for the first time that year. I started running the spring before and all through the summer. After steadily progressing from a 23:02 for a 5k on our home course to a 21:00 I realized one day that our last home meet was coming up and that I wanted to break 21 minutes. On the day of the race all I did was think about it and how the time had come to prove to myself that it had all been worth it. I knew I had to take my running to another level. I finally made a promise that if I didn’t break my PR I wouldn’t eat any turkey on thanksgiving day. I went out there that fall afternoon and tortured myself for 20 minutes and 43 seconds. I had done it, and in the process dicovered something about myself– that i was capable of doing great things when I wanted it badly enough….. the turkey tasted especially delicious that year. Run Hard!

by Emily (no last name given)

My high school cross country coach once told me, “You only get out what you put in.” These have been words to live by. Running is a sport in which you set your own standards, pace, and results. If you want to run fast, train fast. If you want to win, think like a winner. But if something does go wrong, never forget how bad you feel that you didn’t reach your goal. Tell yourself you never want to feel that way again and go after it the next time.

by Caroline (no last name given)

I began running cross country my freshman year in high school and I was good but not great. I was my team’s number 6 runner and enjoyed every minute of it. The summer between my freshman and sophomore year I ran every day without fail. It was hot, it was hard, and it was aggravating, but I stuck with it. When cross country season started up again my sophomore year, we had a new coach, who recognized that I had talent. Still, I never thought I could be a great runner. The first meet of the season, I finished first for my team and 2nd overall. It was my best finish ever. The rest is history. I ran so hard all season and ended up runner up conference champion with a PR of 19:44. Persistence pays off, so stick wiht it!

by Eizabeth (no last name given)

It was one of the last meets my freshman year in high school for cross country. I never ran in my life before that year. I had started out in the beginning of the year as one of the worst runners, hardly being able to run 2 miles without walking. By the end of the year I was in the top 7 of my frosh/soph team. At this meet I had a horrible start, and knew I wouldn’t do well, but I kept on pushing to catch up to the girls on my team. Before I knew it, I was the first person on my team, and 7th overall in the race. I was so excited when I saw my friends get so excited when they saw I was the first runner in on our team. It was the best day of my life! 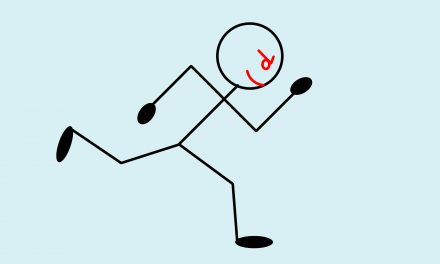 10 Reasons Cross-Country is the Best Sport!